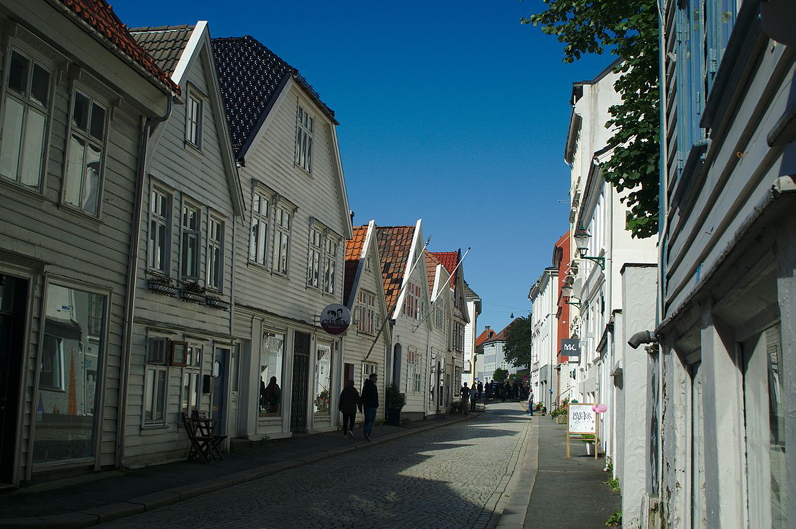 This is Bergen’s oldest real street, as Stretet is the street mentioned as early as 1135. In Magnus Lagabote’s bylaw of 1276 it was called the Upper Cross Street, and then went from the Cathedral. In 1413 the street is referred to as Garpestretet and in 1527 it is first referred to as the Upper Street. At St. Mary’s Church, the street turns slightly east around the church choir, which was expanded after the fire in 1248. Here the street stop stopped until New Sandviksvei was built 1869-1873.

The main features of urban planning and street racing in the area are almost the same as in the 12th century and Herteig therefore believes that Bryggen originated 200 years before the Hanseatic authorities took control.

In the Middle Ages, Ovregaten was the city’s most distinguished street, with several large courtyards on both sides of the street, besides several of the city’s churches: Martin’s Church, Columbia Church, Nicholas Church, St. Peter’s Basilica and St. Mary’s Church with its cemeteries.
The City Act of 1276 regulated all the retail trade in the city. where the various craftsmen could set up their stalls. Foreigners were barred from engaging in consumer trade, a ban that was in force until the late 1300s. A large part of the retail trade took place along the Upper Street, and the different parts of the street were named after the groups of artisans and traders who lived there. From the south, one could find leather preparers, jewelers, combs, carpenters, cloth and canvas sellers, jewelry sellers, painters, psalms, tailors, armor-masters, sword-sharers, coffin-makers and shield-makers.

The goldsmiths, who were highly esteemed, were located between the cemeteries of the Martin Church and the Steinkirkens (Columbia Church), on the upper side of the street. In 1990, the Gullsmedlauget in Bergen erected a memorial plaque on the former street business. The flammable crafts carried out by bakers and blacksmiths were not allowed inside the city and were therefore placed above the Upper Street.

In 1989, the construction ban zone between Ovregaten and Bryggen was worked up into a park, called Bryggehagene.

Go next : Bryggen Hanseatic Wharf , a series of Hanseatic heritage commercial buildings lining up the eastern side of the Vagen harbour in the city of Bergen, Norway. 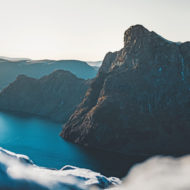 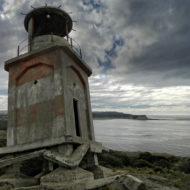