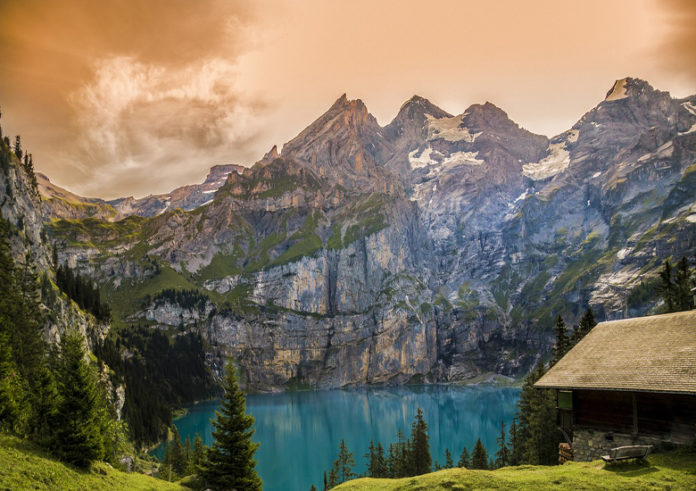 The lake is fed through a series of mountain creeks and drains underground. The water then re-surfaces as the Oeschibach. Part of it is captured for electricity production and as water supply for Kandersteg. In observations from 1931 to 1965, the elevation of the lake surface varied between 1,566.09 metres (5,138.1 ft) and 1,581.9 metres (5,190 ft). The average seasonal variation was 12.2 metres (40 ft) (September/April).

The lake is generally frozen during five months, from December to May. From time to time ice skating is possible on ice. Fish in the lake include Arctic char (Seesaibling), lake trout (Kanadische Seeforelle), rainbow trout (Regenbogenforelle). From January to March, ice fishing is popular. A gondola lift from Kandersteg leads to Oeschinen, 25 minutes by foot from the lake.