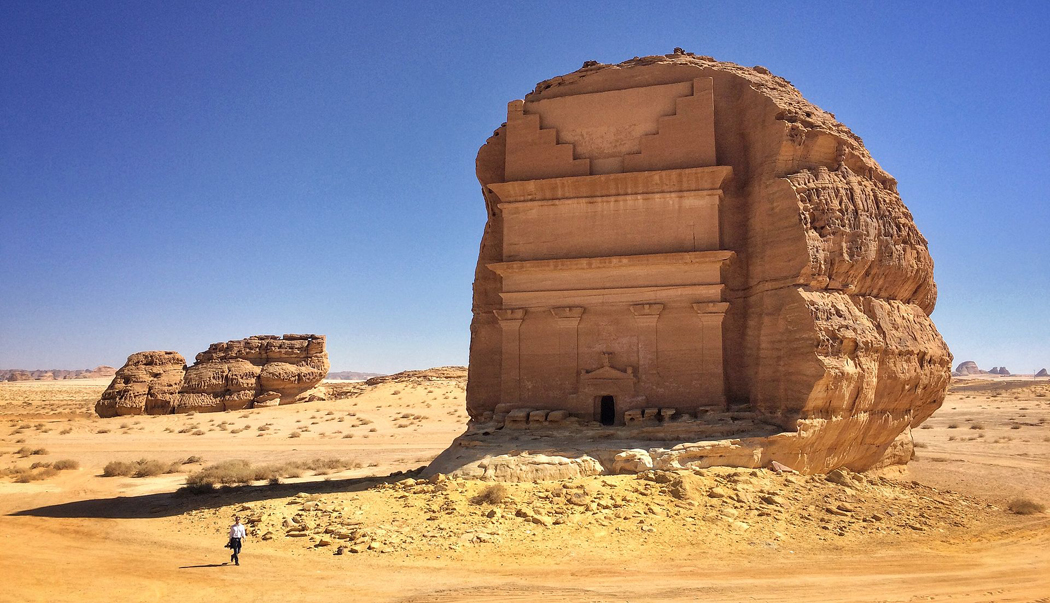 The Qasr al-Farid meaning ‘the Lonely Castle’, is located in the archaeological site of Madâin Sâlih in the north of Saudi Arabia.

Although called a castle, the Qasr al-Farid was actually a tomb constructed around the 1 st century AD ,al-Farid considered one of the most famous and largest of these tombs. The number of graves inside the palace reaches 131 graves and is characterized by a huge northern façade in which the accuracy and beauty of the sculpture is noted, as well as it contains two additional columns in the middle of the facade, and despite this the accuracy and beauty of the sculpture.

The unique palace is incomplete carving, as the work is not completed at the bottom. Last third. This palace was built for a person named Hayyan bin Koza, and it is one of the similar monuments in the region to the architecture of the city of Petra in Jordan, which was the capital of the Nabataean kingdom.
The unique palace is located specifically in the Mada’in Saleh area, which is located at a distance of about twenty-two square kilometers away from the heart of the governorate, which is characterized by its distinctive geographical location as it is located on the road that connects the south of the Arabian Peninsula and between Mesopotamia, Egypt and the Levant.
Today The Qasr al-Farid considered the most photogenic and most iconic symbol of Mada’in Saleh and is an important tourist attraction in the Kingdom of Saudi Arabia. Mada’in Salih is known for the over 100 monumental tombs carved out of the rock from the period from the first century BC to the first century AD. In 2008, UNESCO proclaimed Mada’in Salih as a site of patrimony, becoming Saudi Arabia’s first World Heritage Site.

Go next : Qasr al-Bint one of the at least four necropoles of Madain Saleh / al-Diwan ,a square chamber containing three stone benches. 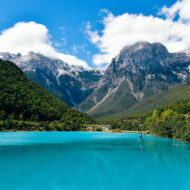 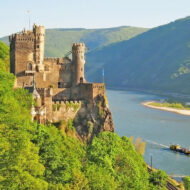