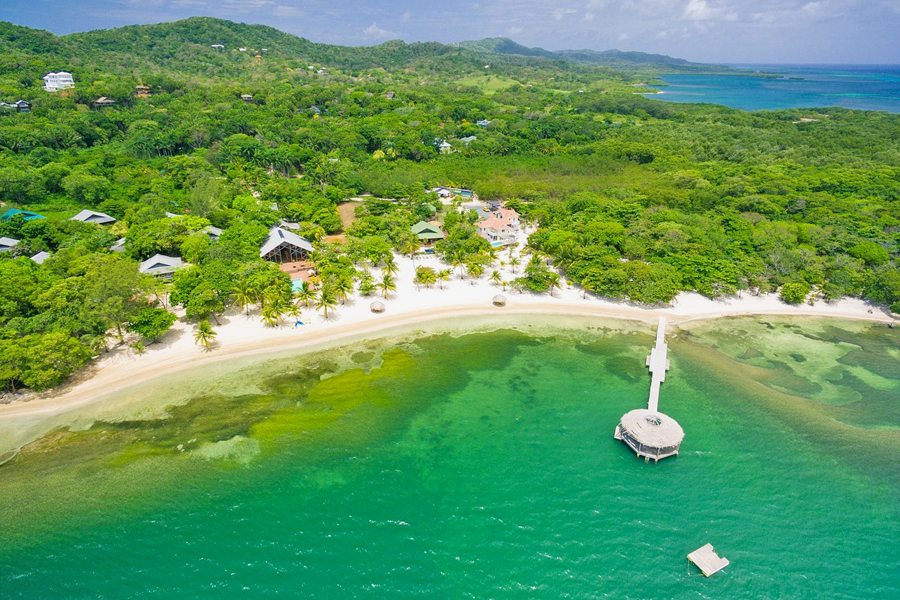 Roatán  is an island in the Caribbean, about 65 kilometers (40 mi) off the northern coast of Honduras. It is located between the islands of Útila and Guanaja, and is the largest of the Bay Islands of Honduras.

Roatán island was formerly known as Ruatan and Rattan. It is approximately 77 kilometers (48 mi) long, and less than 8 kilometers (5.0 mi) across at its widest point. The island consists of two municipalities: José Santos Guardiola in the east and Roatán, including the Cayos Cochinos, further south in the west.

Geography : The island rests on an exposed ancient coral reef, rising to about 270 meters (890 ft) above sea level. Offshore reefs offer opportunities for diving. Most habitation is in the western half of the island. The most populous town of the island is Coxen Hole, capital of Roatán municipality, located in the southwest. West of Coxen Hole are the settlements of Gravel Bay, Flowers Bay and Pensacola on the south coast, and Sandy Bay, West End and West Bay on the north coast. To the east of Coxen Hole are the settlements of Mount Pleasant, French Harbour, Parrot Tree, Jonesville and Oakridge on the south coast, and Punta Gorda on the north coast.

The easternmost quarter of the island is separated by a channel through the mangroves that is 15 metres wide on average. This section is called Helene, or Santa Elena in Spanish. Satellite islands at the eastern end are Morat, Barbareta, and Pigeon Cay. Further west between French Harbour and Coxen Hole are several cays, including Stamp Cay and Barefoot Cay

Location : Located near the Mesoamerican Barrier Reef, the largest barrier reef in the Caribbean Sea (second largest worldwide after Australia’s Great Barrier Reef), Roatán island has become an important cruise ship, scuba diving and eco-tourism destination in Honduras. Tourism is its most important economic sector, though fishing is also an important source of income for islanders. Roatán is located within 40 miles of La Ceiba. The island is served by the Juan Manuel Gálvez Roatán International Airport and the Galaxy Wave Ferry service twice a day.

Access : Coordinates: 16.383333, -86.4 / : By air : International Flights to Roatan : Roatán island can be reached by a variety of direct international flights. The airport on Roatan, the Juan Manuel Galvez International Airport (code RTB), receives flights throughout the year from both domestic and international airlines : To fly to Roatan directly from the U.S., you can use American Airlines out of Dallas or Miami, Delta Airlines out of Atlanta, or United Airlines out of Houston ,To fly to Roatan from Canada, you can leave directly from Toronto or Montreal ,To fly to Roatan from other points in Central America (outside of Honduras), you can use Tropic Air direct from Belize City, in addition to Avianca Airlines coming from San Salvador. San Salvador serves as a major hub for the region
By : sea : Roatan also receives the Galaxy Wave Ferry from the coastal city of La Ceiba , There is also a ferry service from the Bay Island of Utila.

Activities : Scuba diving , Deep sea fishing and flats fishing , Ocean kayaking , Watch the dolphin show at the Institute for Marine Sciences ,Mangroves in Jonesville. Visit Jonesville where a water taxi takes you through the mangrove tunnels , snorkeling ,Find remote beach to relax on.

Go next : The Cayos Cochinos , a group of islands belonging to Honduras in the Caribbean Sea. 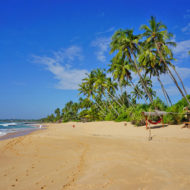 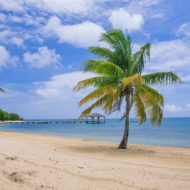