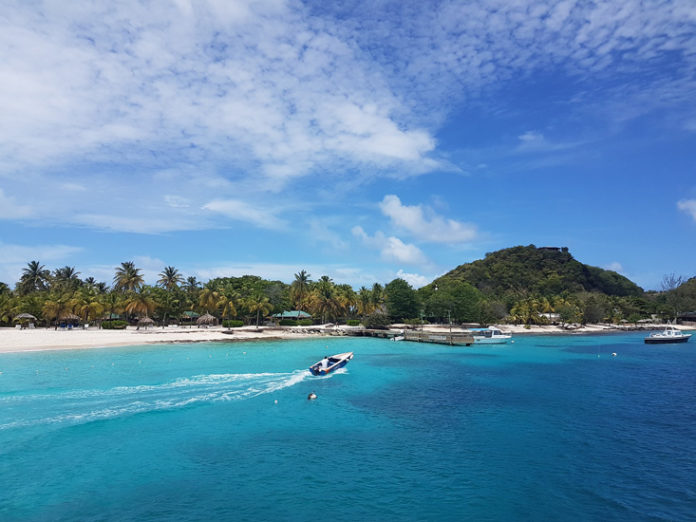 Saint Vincent and the Grenadines is an island nation in the Caribbean, north of Trinidad and Tobago. It shares the southernmost Grenadines Islands with the independent island nation of Grenada.

Understand : Bananas and other agricultural products remain the staple of this lower-middle income country’s economy. Although tourism and other services have been growing moderately, the government has been ineffective at introducing new industries. Unemployment remains high, and economic growth hinges upon seasonal variations in the agricultural and tourism sectors.

History : While the English were the first to lay claim to St. Vincent in 1627, the French would be the first European settlers on the island when they established their first colony at Barrouallie on the Leeward side of St. Vincent shortly before 1700. Carib Indians aggressively prevented European settlement on St. Vincent until the 18th century. African slaves, whether shipwrecked or escaped from St. Lucia or Grenada and seeking refuge in St. Vincent, intermarried with the Caribs. St. Vincent was ceded to Britain by the Treaty of Paris in 1763), restored to French rule in 1779 and regained by the British under the Treaty of Versailles in 1783.

Slavery was abolished in 1834; the resulting labour shortages on the plantations attracted Portuguese immigrants in the 1840s and east Indians in the 1860s. From 1763 until independence, St. Vincent passed through various stages of colonial status under the British and it was granted associate statehood status on October 27, 1969, giving it complete control over its internal affairs. Following a referendum in 1979, St. Vincent and the Grenadines became the last of the Windward Islands to gain full independence.

Natural disasters have plagued the country throughout the 20th century. In 1902, Soufriere volcano erupted, killing 2,000 people. Much farmland was damaged, and the economy deteriorated. In April 1979, La Soufriere erupted again. Although no one was killed, thousands had to be evacuated, and there was extensive agricultural damage. In 1980 and 1987, hurricanes devastated banana and coconut plantations; 1998 and 1999 also saw very active Hurricane seasons, with hurricane Lenny in 1999 causing extensive damage to the west coast of the island. Climate : Tropical  little seasonal temperature variation  rainy season (May to November). Hurricanes threaten the islands from July to October. Landscape :  Volcanic, mountainous. Highest point: Soufriere volcano (St Vincent) 1,234 m

Access : Coordinates : 13.25, -61.2 / By plane :  The main airport is Argyle International Airport (SVD IATA), officially opened on February 14, 2017. Most flights in and out are relatively local, mostly flying to nearby islands such as Canouan, St. Lucia, Barbados, and Saint Kitts.

By boat : The islands have many docks and bays, including two large enough to accommodate a cruise ship. Despite this, very few cruises stop in the country and the vast majority of travellers come to the country either by aeroplane or by yacht.

Activities : Carnival in early July a.k.a. Vincy Mas (much music and drinking)
Eat pork or chicken at a roadside barbecue on Friday or Saturday night
Enjoy the view from Fort Charlotte
Visit Montreal Gardens
Hike the Vermont Nature Trail
Visit the Botanical Gardens
Climb La Soufriere Volcano (not an easy climb!)
Swim in the Tobago Cays