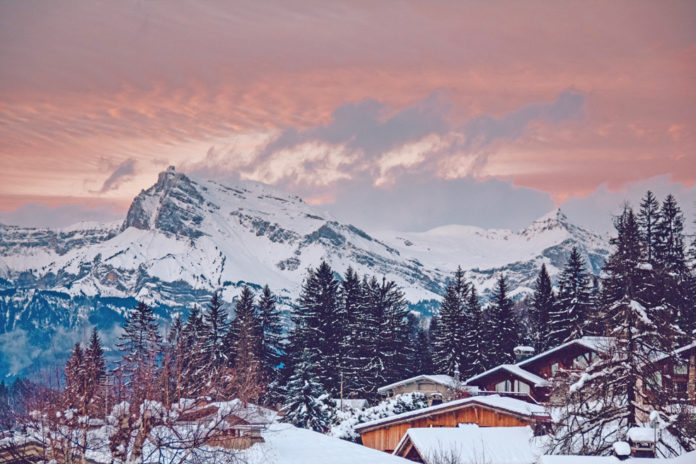 Megève is a winter sports resort in the Savoy Alps, in the Haute-Savoie department in the Auvergne-Rhône-Alpes region,in France.

In addition to Megève itself, the ski area includes the towns of Combloux and Côte 2000. It extends up to an altitude of 2,350 meters.
Winter tourism began in 1913. The boom began in 1921 when Baron Maurice de Rothschild opened the first luxury hotel after St. Moritz no longer appealed to him as a winter sports resort. In the 1950s, Megève was one of the most popular ski resorts in Europe and attracted numerous celebrities.