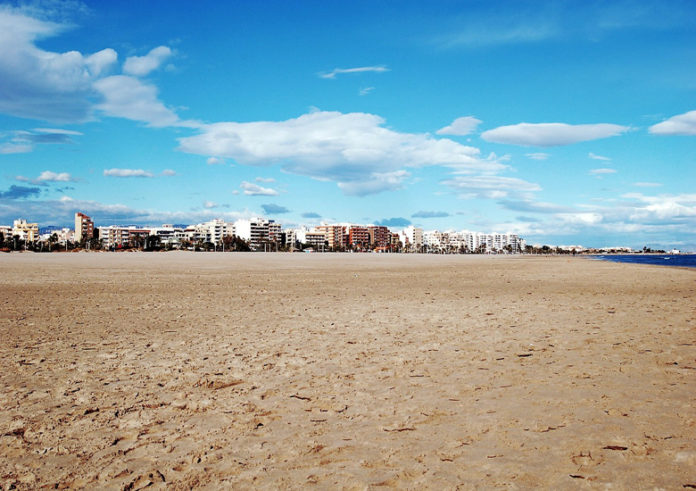 Sagunto  is a town in Eastern Spain, in the modern fertile comarca of Camp de Morvedre in the province of Valencia.

It is located c. 30 km north of Valencia, close to the Costa del Azahar on the Mediterranean Sea. It is best known for the remains of the ancient Iberian and Roman city of Saguntum, which played a significant part in the Second Punic War between the Carthaginians and the Romans.

Understand : Modern Sagunto is divided into two sections: the modern port with good beaches, and the historic centre, near the original Iberian hilltop fortifications.

The original town was established in the 5th century BCE by the Celtiberians, and eventually developed strong trade relations with nearby Greek and Phoenician colonies. In 219 BCE the city sided with the Roman Empire against the Carthaginians and was subjected to the eight-month ‘Siege of Saguntum’, resulting in Hannibal’s capture of the town and becoming Rome’s casus belli for the Second Punic War. Later the city fell under Roman, then Visigothic, and later Moorish control before finally being conquered by Jaime I of Aragon in the early 13th century. Modern visitors can appreciate remains from each of these periods.

Access : Coordinates: 39.676389, -0.273333 / Estacion de Tren de Sagunto (Sagunto Train Station), C/ Via Ferrea, s/n, 34 902 240 505 (reservations). Long-distance trains connect Sagunto with Barcelona and Valencia. Medium-distance trains connect the city with Valencia, Alicante, Castellon, Segorbe, and Teruel.
From Valencia, Renfe regional train line C6 depart every ½ hour from Estacio de Valencia Nord  a round-trip ticket costs €4.70 and the journey lasts about 30 minutes.
Get around :  By foot :  The easiest way to get around the historic centre of the city is by foot. By bus :  AVSA operates three bus routes in Sagunto. Line 1 traverses the historic centre, Line 2 covers the port area, and Line 102, possibly the most useful for travellers, connects the historic centre with the port area and its beaches. A single journey costs €1.45 (no transfers)  By taxi :  A taxi stand is located in front of the train station.

Falles parade
Falles (Fallas), in the old town and the port district. 12-19 March. Like its larger neighbour Valencia, Sagunto celebrates Falles with the crida (opening call of the festivities), the planta (assembly of the satirical falla monuments to be eventually burnt), l’Ofrena (offering of flowers to the Virgen de los Desamparados), the mascleta (gunpowder demonstrations), fireworks, and finally the crema (burning of the fallas).
Semana Santa (Holy Week). Week before Easter Sunday. The tradition of fraternities and processions of penitents in Sagunto goes back five centuries, and has been designated a ‘Fiesta of National Touristic Interest’ by the Spanish government