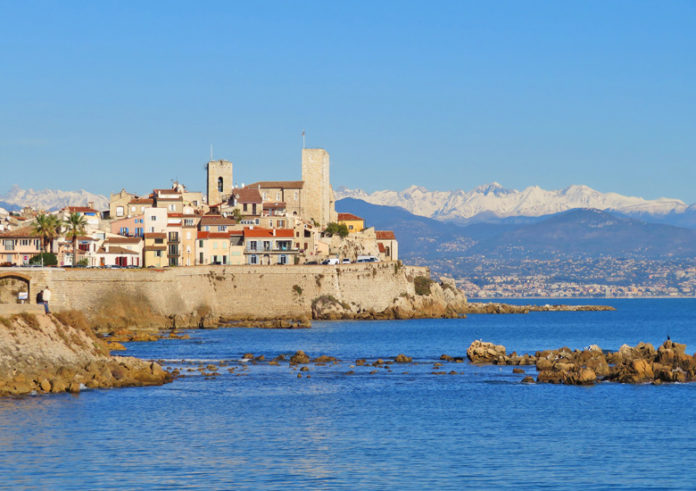 Antibes is a Mediterranean resort in the Alpes-Maritimes department of southeastern France.

Located on the Cote d’Azur between Cannes and Nice. Named Antipolis—meaning across from (anti) the city (polis)—by the Greeks, who founded it in the 4th century BC .The town of Juan-les-Pins is in the commune of Antibes and the Sophia Antipolis technology park is northwest of it.

Sports : Sport is an important part of the local culture the town hosts the National Training Centre for basketball. The Jean Bunoz Sports Hall hosted several games of the FIBA EuroBasket 1999. The city is home to Olympique Antibes, a professional basketball team of France’s top division LNB Pro A, which plays its home games at the Azur Arena Antibes. Music : There is a jazz Festival, Jazz a Juan, in July.

Access : Coordinates: Both Antibes and Juan les Pins have train stations on the main Nice-Cannes line . By car : From the A8  exit at the Antibes exit (junction 44) and then taking the winding road down to Antibes. Alternative : the coastal roads (RN98 and RN7) from Cannes and Nice- Cagnes sur Mer
by bus : regular bus service (number 200, 1.5€) between Cannes, Antibes and Nice: there is a stop Place Charles de Gaulle in downtown Antibes. Alternate bus option is the “250 express”: faster (takes the highway), more comfortable (not a commuter bus), stops directly at the terminal if you’re going or coming from the airport, but also much more expensive (9€): bus stop is just above the train station. There is a 200 and 250 express about every 20 min.
By Plane:  The Nice airport is the closest airport to Antibes. It is not a relatively long drive from the airport to Antibes: 25 min when there is no traffic