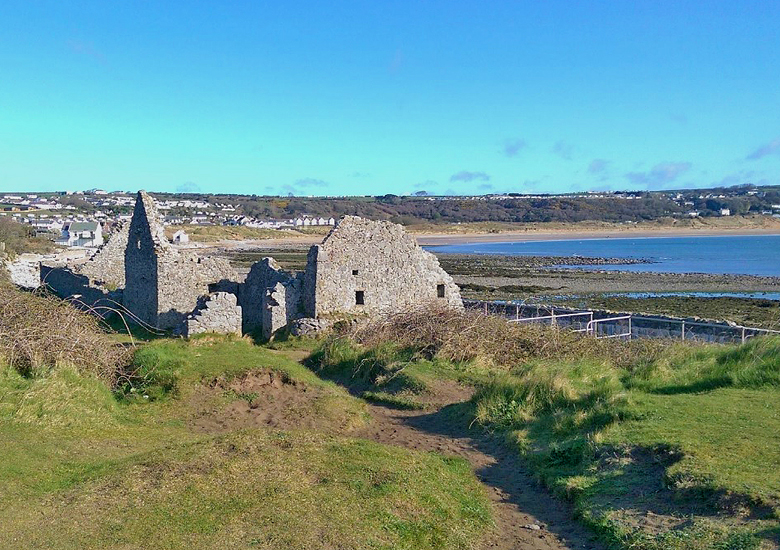 Port Eynon  is a village and community within the City and County of Swansea, Wales, United Kingdom.

Located on the far south tip of the Gower Peninsula within the designated Area of Outstanding Natural Beauty. The A4118 from Swansea town centre terminates here. The community has its own elected community council.  Port Eynon Village :  The village itself is fairly small and extends from the beach to the top of the hill. Port Eynon village has two fish and chip shops and a gift shop at the sea front, a Youth Hostel, pub, coffee shop and a restaurant. The Youth Hostel is a converted lifeboat house, situated on the south end of the bay, near the salt house.

A neighbouring village, Overton, is to the north west of Port Eynon and footpaths from Overton lead to Overton Mere, a stony and rocky beach. Also, the village of Horton is at the east end of the main beach, approximately half a mile from Port Eynon. Public transport is good throughout the season, and buses link the beaches so you walk to a beach and catch the bus back. Port Eynon is situated on the Wales Coastal path and is well signposted from Rhossili and Oxwich.

History :  Port Eynon is thought to be named after Prince Einion of Deheubarth or an 11th-century Welsh Prince named Eynon. Eynon is a surname in Wales and the church graveyard in the village shows gravestones with this surname. It is believed that the Prince built Port Eynon castle which no longer exists. Smuggling is thought to have been a common engagement of the local residents in the 17th century to 19th century.

A derelict “salt house” used for extracting salt from sea water is located a quarter of a mile from the village, just off Port Eynon Point.

In the second half of the 18th century, through to 1919, a lifeboat was operated from Port Eynon. On several occasions, the lives of lifeboatmen were lost at sea on rescues. On 1 January 1916 the lives of three young men were lost in when the lifeboat went to the assistance of SS Dunvegan which was shipwrecked off Oxwich point. A memorial to these men exists in the village churchyard. Copies of news articles on the Disaster can be seen on the wall of the local fish and chip shop in Port Eynon.

Port Eynon Bay :  Port Eynon Bay is a very popular beach resort beside the village of Port Eynon. Port Eynon Point is the most southerly point of the Gower Peninsula. Both Port Eynon and Horton beaches have suffered from denudation of their sand cover, possibly caused by dredging activities in the Bristol Channel.

By Air :  There is an airport at the entrance to Gower, it accepts light aircraft but has no scheduled flights. The nearest international airport is in Cardiff, the capital of Wales. It would take approximately one and a half hours to get to Gower from Cardiff International Airport by car. There is a rail/bus link from the Airport; take the train to Bridgend and change for a direct train to Swansea. The nearest English Airport is Bristol International Airport. However, with a longer journey by road or a train link, the following airports could also be used: East Midlands, London Heathrow, Gatwick and Luton.

Get around : Local Buses :  There are bus services from Swansea Quadrant Bus Station to all parts of Gower. For up to date, comprehensive travel information to and around Swansea Bay and Gower, visit the Baytrans website.You can use the frequent First Cymru local buses between the Train Station and Quadrant Bus Station for Gower bus departures

Walking & Hiking , Watersports : the seas are a playground for fantastic surfing, kayaking and coasteering. 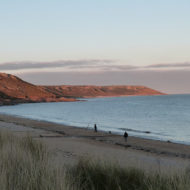 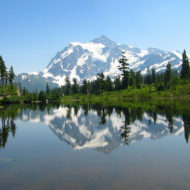 12 hours ago
@mjpet007 Hello, I can certainly look into this for you. To get started, can I please have your Envato Elements username via DM? Thanks! ^TP

13 hours ago
@carolasanche please share with me your ticket number and I will be happy to follow up.  Regards,

13 hours ago
@JulianPinard Hi! Please open a support ticket with us via  https://t.co/WrLZctSsZX  We are not able to offer acco… https://t.co/tztwJ1DtbN