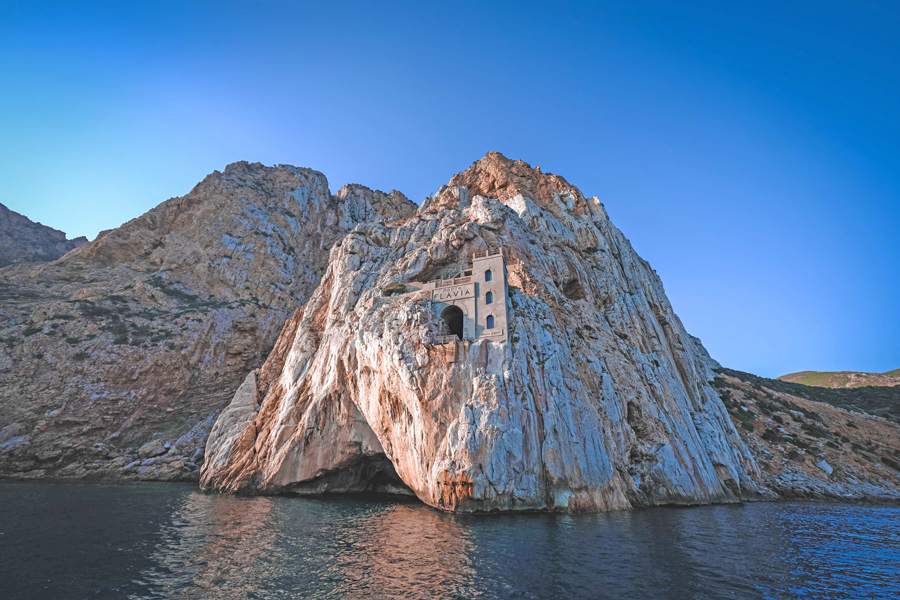 Porto Flavia is a man-made wonder located in the Iglesias highlands at the mining area of Masua on the southwest coast of Sardinia in Italy.

Although it was a mining site, it was not a mine, but a port of shipment for the material extracted from the nearby mines. It was designed by the Venetian engineer Cesare Vecelli and built in 1924 it took its name from the eldest daughter of the engineer himself
It is named after Flavia Vecelli, the daughter of Cesare Vecelli, who constructed and designed the port. The characteristics of the port make it unique in the world, and at the time of its construction it was an outstanding feat of engineering.
The entire port installation was built by digging two superimposed tunnels inside the mountain overlooking the sea: the upper one, where the materials extracted after arriving on the site via a Decauville railway were unloaded and the lower one from where, by means of a belt removable conveyor, the material was stowed directly on the ships at anchor. Between the two tunnels were arranged nine huge silos for the stowage of the material capable of holding up to 10.000 tons.
Porto Flavia is a UNESCO protected site and is one of the recommended destinations for visits to mining and industrial archeology in the area. There are daily guided tours in the tunnel, led by former IGEA workers or mining technicians.

Go next : The Blue Cave Masua , Grotta Azzurra / The seaside resort of Masua / The small beach of Porto Flavia, with a surrounding green pine forest, stands alongside the remains of the mining structure. 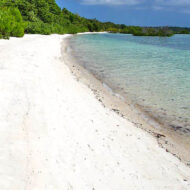 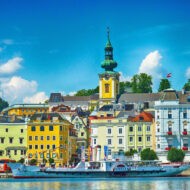