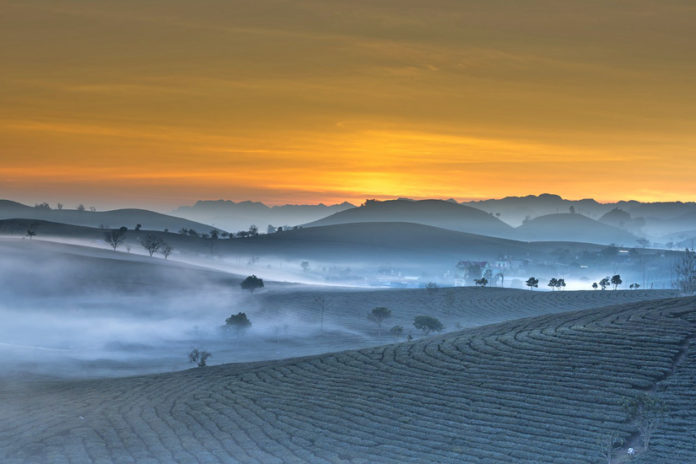 Son La  is a province in the Northwest region of Vietnam. It borders Laos to the south. The population includes Black and White Tai. Son La Dam, the largest hydroelectric power station in Southeast Asia. is located in this province.

History :  Mentioning to Son La history, Son La City is formerly known as Son La Town established on October 26th, 1961 by Decision No. 173/QD-CP of the Government Council. The administrative boundary when the town was newly established consisting of Chieng Le Street and Chieng Coi Town. On August 26th, 1945, under the leadership of Vietnam Party, citizens of Son La Town along with citizens in Son La Province in particular and in the whole country in general bravely fought against French colonialism and Japanese fascists to protect the country. In the war against American imperialism, Son La Town won many glorious victories and contributed a lot to the victory in Spring 1975 to liberate the South and make national reunification. On September 3rd, 2008, Vietnam Government issued Decree No. 98 / ND-CP on the establishment of Son La City.

Access : Coordinates: 21.166667, 104/ Son La connects Hoa Binh by National Highway No. 6, Yen Bai by Highway No.37, Lao Cai by Higway No.279. Son La Town is 328km from Hanoi. In Na San Airport, Vietnam Airlines has daily flight from Hanoi to Son La. bus from the town of Dien Bien Phu, Lai Chau, Moc Chau, Mai Chau. From Hanoi to Son La you can travel by several buses from the My Dinh and Yen Nghia bus stations. These buses go in the morning but also in the afternoon. Lots of buses go over Moc Chau and continue to Dien Bien Phu (eg. Hai Van bus from the My Dinh bus station). Son La is a good place for a stopover in the northwest of Vietnam. There is no train connection in Son La province. If you travel to Dien Bien Phu, you should not miss Pha Din Pass (about 65 from Son La town).