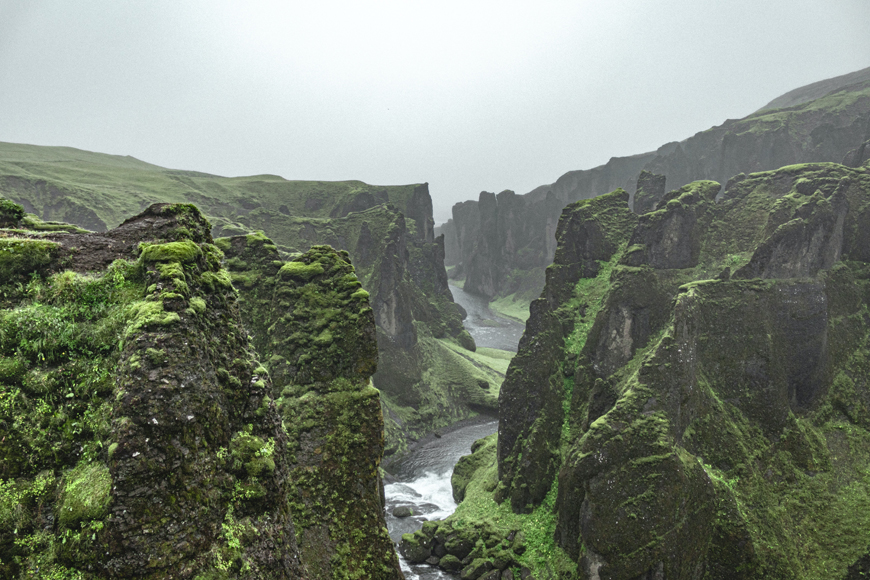 Fjaðrárgljúfur  is a canyon in southern Iceland, about eight kilometers west of Kirkjubæjarklaustur.

The Fjaðrárgljúfur is a green gorge. It is variable in width, about 100 m high and 2 km long. The canyon runs through a hyaloclastic (soft granular) rock, which contains layers of solidified magma and other intrusions. The entire formation was formed about 2 million years ago. When the ice sheet retreated at the end of the ice age, a deep lake formed in a valley carved out by the glacier at the beginning of the current rift. The water was held back by a sealing layer of rock.

The excess water spilled over the edge and began to carve out the chasm. As the retreating glacier continued to melt, more and more debris was carried into the lake, filling it with sediment. As a result, a powerful stream of water started up from the lake, further eroding the capping rock layer and the soft hyaloclastic layer in front of it. Eventually the sediment in the filled valley was also worn away and the water flow gradually decreased to the present level.
Fjadrárgljúfur is considered the most beautiful canyon in the world, You can also see several waterfalls here due to the height differences. A visit to the Fjaðrárgljúfur gorge is one of the highlights of Iceland. 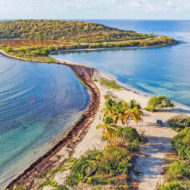 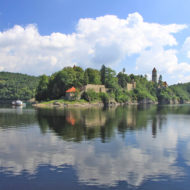