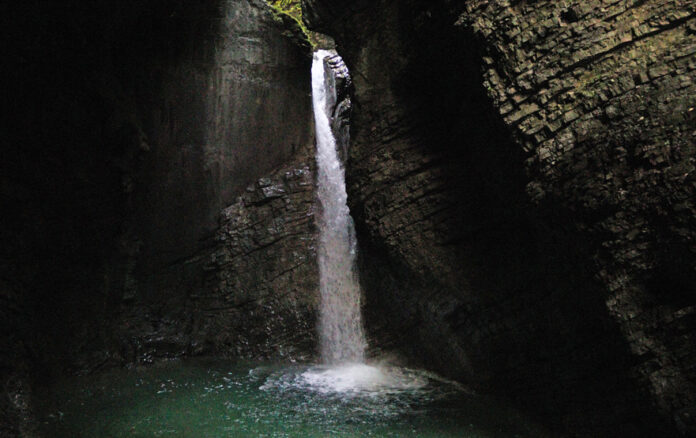 The Kozjak Waterfall carved a dark hall, the ceiling of which collapsed and the bottom of which was flooded by a pool of blue-green color. A well-maintained footpath leads to it, which starts in Kobarid at the bridge, also called Napoleon’s Bridge, crosses a larger meadow, and at the end of it, at the stone bridge from 1895, near the confluence of Kozjak and Soča.

From June 2019, to visit the waterfall, it is necessary to pay a fee for the use of tourist infrastructure, which is collected by the Municipality of Kobarid.

Go next : See the remains of caverns from the First World War / The stone bridge from 1895 : Napoleon Bridge / Kobarid , a city located in the Soča Valley in the Julian Alps of Slovenia.