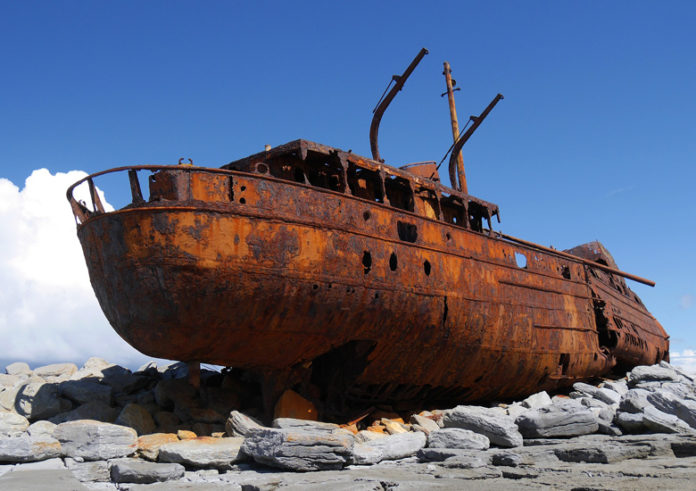 MV Plassy, ​​or Plassey, was a steam trawler launched in the late 1940s and named HMT Juliet in 1941. It was renamed Peterjon and became a cargo ship in 1947. It was acquired by the Limerick Steamship Company in 1951 and it was renamed Plassy. On March 8, 1960, while sailing through Galway Bay with a cargo of whiskey, stained glass and yarn, he was caught in a severe storm and ran towards Finnis Rock, Inisheer, Aran Islands.- Ireland

A group of local islanders, the Inisheer Rocket Crew, rescued the entire crew of the affected boat with a trouser buoy, an event captured in a pictorial display at the National Maritime Museum in Dún Laoghaire. Several weeks later, a second storm swept the boat from the rock and landed it on the island.

The shipwreck is still on the coast and is a tourist attraction. It is visible in the opening credits of the television series Father Ted. In early January 2014, Storm Christine changed the wreck position on the coast for the first time since 1991.

Get thare via bike ride , horse or cart or by foot .