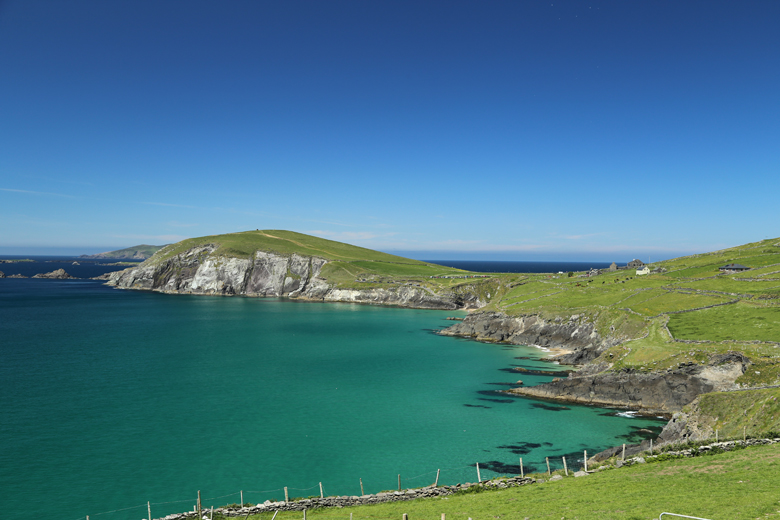 Slea Head  is a cape in South Kerry County, Ireland.  it is located on the west end of the Dingle Peninsula, which is the westernmost point on the entire peninsula and Ireland.

The Cape Slea Head is famous for being the magnificent views of the Blasket islands in the sea and its surroundings. On the other hand, as they are sudden weather changes in the Cape, there is a great deal of disturbance, so the storming of the Blasket Islands and the Cape Slea Head is very dangerous for navigation, where many ships have sunk.
In the year 1588, several ships were immersed in the Spanish Navy, which was going back to Spain, and for that reason, in 1988, there was a plaque commemorating the dead sewers in the wreckage of the Unsatisfied Army. In 1982, in the same place, the cargo ship MV Ranga was moving from Santandert to Reykjavik.
The 46km Slea Head Scenic Drive (1-2hr) from Dingle is one of the best and most spectacular driving routes in Ireland if not the world with breathtaking views of the coastline.
A white crucifix depicting Jesus Christ and Mother Mary marks a vantage point that offers sweeping views of Dingle Bay to the Blasket Islands.
Cinema
In 1970, Sleeper Head was filmed by scenes of Ryan’s Daughter, David Lean, filmmaker, as well as the start-up scenes of the Far and Away movie in 1992.
Slea Head part of Wild Atlantic Way and the westernmost point in Europe

Access : Coordinates: 52.106167, -10.469167  /Slea Head  is reached by a particular road, the R559 called, precisely, Slea Head Drive -Sli Ceann Sleibhe in Irish Gaelic-, which leaves from Dingle  and, passing through the small villages of Baile an Mhuilinn and Ceann Tra,  it climbs on the low slopes of Sliabh an Iolair (516 m) which often reach the sea, giving rise to not very high but dramatic cliffs. 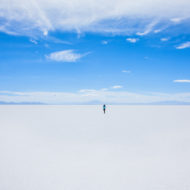 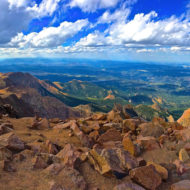